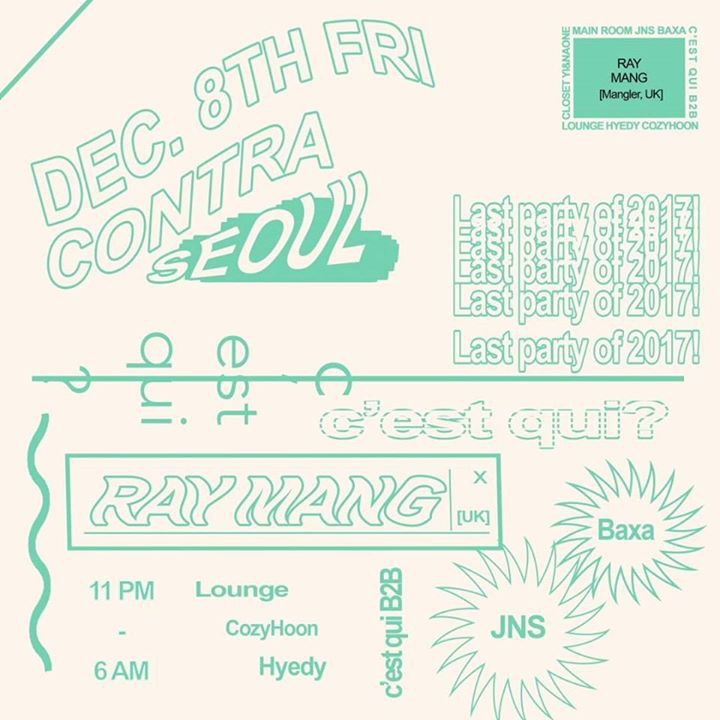 Ray Mang is Laj is Raj Gupta. One of the premier disco producers since way back when and still clocking forwards in a future fashion with no sign of letting up. He landed his first 12” Number One in ’96 on Noid Recordings gaining widespread support in the clubs and on compilations.

He has taken that wonky party sound and kept it moving on ever since. He also runs the label Mangled and has released across too many labels to mention. He is prolific with the quality control on high.
He launched his own label Mangled in ’98 with a slew of killer 12-inches. Two albums followed: ‘Mangled’ (Eskimo) and ‘Mangled Again’ on his own imprint, as well as singles on R&S, Smash Hit, Bear Funk and Barefoot Beats. Recent hits include ‘Bullet Proof’ on DFA featuring Lady Miss Kier, a disco-house reimagining of a P-funk classic; and the blissed-out Balearic gem ‘Look Into My Eyes’ which instantly became a firm favourite for many.

His many talents as a musician and producer have driven a wealth of collaborations: in bands Block 16 and Motif on seminal ’90s label Nuphonic; as Laj with the Idjut Boys on U-Star, or with Quakerman on their own Fiasco imprint; and with close musical acquaintances The Glimmers, Foolish Felix, Lee Tong and Nathan D’Troit. More recently Ray has teamed up with Bill Brewster to form Mang Dynasty. In all his guises Ray Mang is one of the most prolific contributors to the UK disco/house canon. As a remixer his phone never stops ringing. He’s notched up credits for Lassigue Bendthaus, Banda Black Rio, Gorillaz, Shirley Bassey, Grand National, Beck, Roxy Music / Bryan Ferry, Doves, The Phenomenal Handclap Band, Freddie Mercury, Bloc Party, Munk, Rob Garza, Friendly Fires, Classixx, S-Express, Daniel Grau & Los Amigos Invisibles with Dimitri From Paris to name just a few.

As a globe trotting DJ he plays at festivals, clubs, bars and on beaches in some of the most beautiful locations around the world. His incendiary sets blend house, disco, boogie, cosmic, balearic, latin, afro, along with anything that takes his fancy and sneak previews of his own forthcoming monsters. As happy playing peak time Saturday night as he is providing the soundtrack to your sunset moment in paradise. Recent trips have taken him to Brazil, USA, Bali, Japan, Australia, Mexico, Croatia, Ibiza and all over Europe. He has also become a regular at festivals like Electric Elephant, Festival No 6, Campo Sancho and Mareh & O/NDA in Brazil.