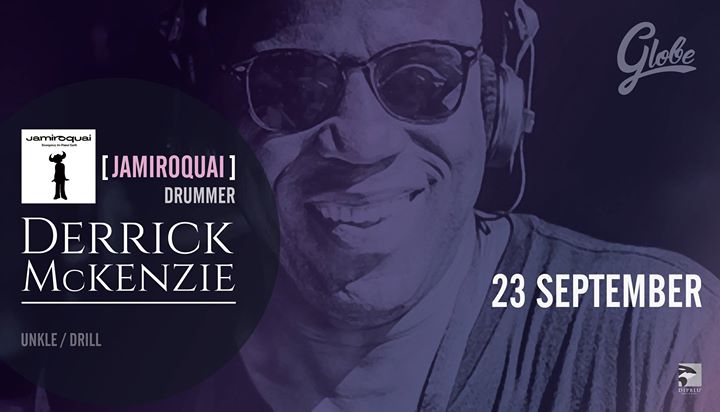 Hailing from North London Derrick Drummer of Jamiroquai has been been a music fan forever. He started Djing from a young age but concentrated more on his drumming career as we know him now.

Derrick Dj'd around the world and has entertained many people with his style of playing which varies from Soulful House, Deep House, House, Electronica, Reggae , Soul, Rare Groove, Funk, Disco, Discofunk.
He makes people smile and dance get into the vibe as he plays dancing with the crowd at the time getting into the groove with the crowd.

Derrick has played in Germany, Japan, Italy, France, America, Korea, Brazil, Columbia, Chile to name a few, and is in demand to play around the world this adds to his bow of other talents of his that he has.