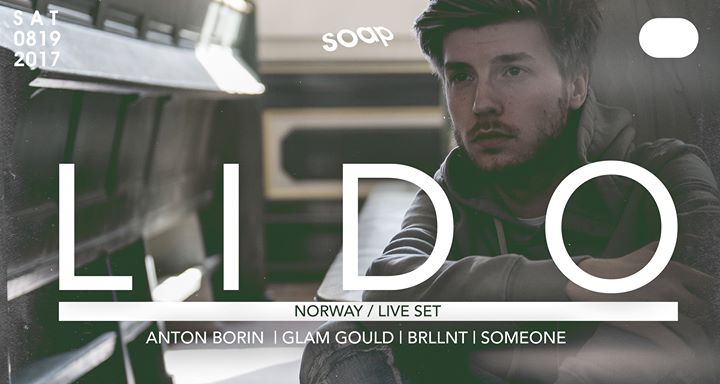 Three years ago, the name 'Lido' was something of a mystery. People were left guessing where these hyperactive, neon-coloured productions they kept hearing were coming from, that blended bouncy hip-hop with earworm hooks.

The man behind the music has since surfaced: 23-year-old Norwegian Peder Losnegard, a producer with an insatiable appetite for beat-making and a unique take on the interplay between genres. In the last year and a half, Lido has embarked on a sold-out US tour, produced for Chance the Rapper and A$AP Mob, while also executive producing Halsey's 'Badlands.' More recently, Kanye's 'The Life of Pablo' inspired him to chuck the album into a blender for an eight-minute reimagining; the 'Life of Peder,' hitting 1 million streams in less than 24 hours.

Lido dropped his debut album ‘Everything’ to critical acclaim in October 2016. The recording process was born from a difficult period in Peder’s life. “It’s an unconventional breakup album,” he starts. “It’s not an album about a girl, it’s an album because of a girl ? my healing process after losing somebody that meant a lot to me. It’s called ‘Everything’ because it's the story of when you let somebody be everything to you, you risk losing that everything and being left with just yourself.”

Lead single 'Crazy' melts Daft Punk heat into Zapp & Roger talkbox magic, with Peder blasting his signature rising, HudMo-style chords. But 'Everything' doesn't just explore the uplifting side of emotion. 'I wanted to explore the nuances of feelings -- there's so much energy in sadness, anger in sadness, there's frustration in sadness,' he explains. 'I wanted to explore how I can make emotional music that's more complicated than what people usually do when they try to tell a story.'

Each track makes up an intricate chapter of his story, which he's keen for fans to unpack themselves, and as a result it was 'such a scary album for me,' he says. 'It's so emotional, and so honest.' Lido isn't one of the crop of EDM producers who just press play on stage. 'I'm more confident and more in my element when I'm on a stage rather than anywhere else,' he says.

Performing live, Lido flits from drums to keys, sometimes even backed by an orchestra and compelling visual arrangements. This is an individual who doesn't do anything by halves -- and for that reason it's clear that 2016 is going to be the most exciting yet in the life of Peder.