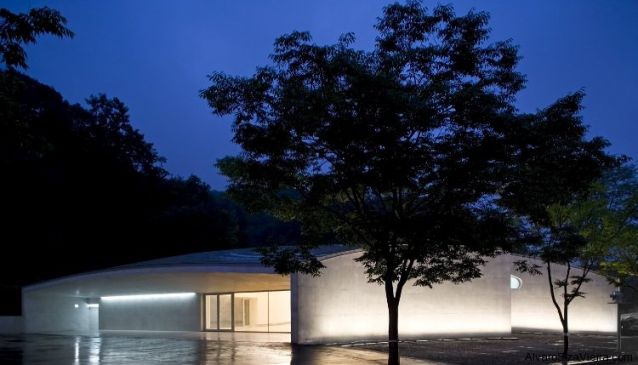 Anyang Álvaro Siza Hall is an architectural pavillion, serving as the entrance to Anyang Art Park, located in the satellite city of Anyang, just 20 km south of Seoul.

The interior space of the Anyang Pavilion, serves as an exhibition- and public space with diverse public programs and activities to the public in the hope of making the Anyang Pavilion an enduring center for exploring and practicing public art.

The shell is made from a concrete so fine it's almost white and large windown illuminate the interior.

Anyang Álvaro Siza Hall opened in 2006, it has earned Siza Vieira a local following and the same team went on to design the Mimesis Art Museum in Paju Book City.