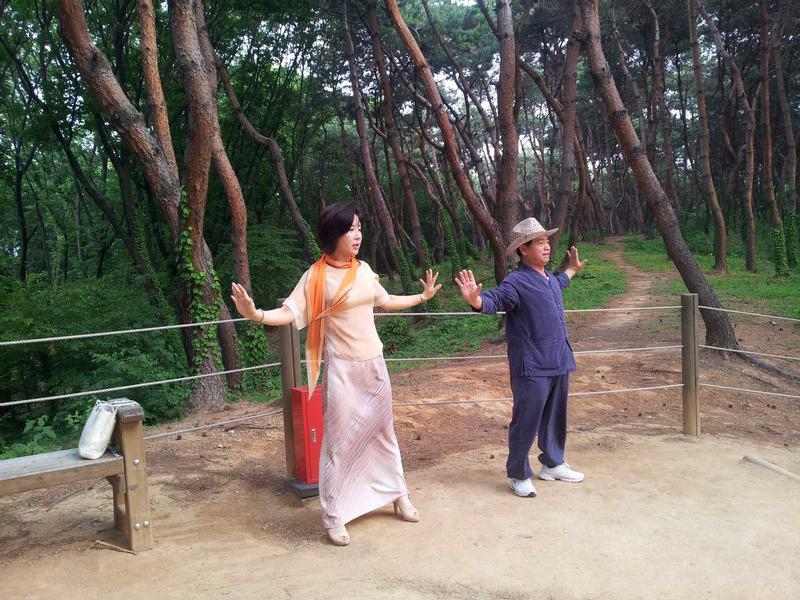 Samneung Park is a Unesco World Heritage site and a royal mausoleum for King Seongjong, the 9th king of the Joseon Dynasty - a quiet retreat in the middle of the busy business district of Samseong.

Samneung Park is a quiet retreat in the middle of the busy business district of Samseong.

Unesco World Heritage site, housing several Royal Tombs, signifying a person of high power or position. Seolleung is the royal mausoleum for Seongjong, the 9th king of the Joseon Dynasty (1392-1910) and his queen, Jeonghyeon.

The queen and king are buried in separate mounds in the same yard. While the tombs were dug up by Japanese soldiers during the Japanese invasion of Korea in 1592, they have been restored to their former glory.