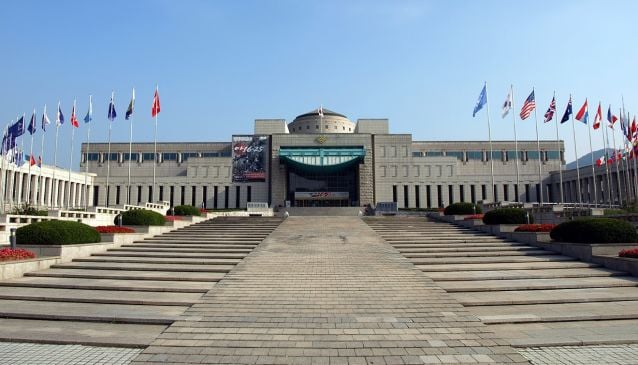 The War Memorial of Korea

Things To Do For FREE Museums

Once the headquarters of the Korean Infantry, The War Memorial of Korea is a massive and impressive place documenting the history of warfare in Korea. It is the largest of its kind in the world and extensive research was done in order to complete the exhibits, including the building display equipment used during the Korean War.

The huge weapontry and equipment used by different countries during World War II and the Vietnam War are also on display and 17,800 files and artifacts of war are preserved.

Modern damage control and prevention devices have been installed to keep these materials safe from harm. Come here to learn more about the Korean War that divided the country - a significant event in Korea's history, with repercussions still happening today.