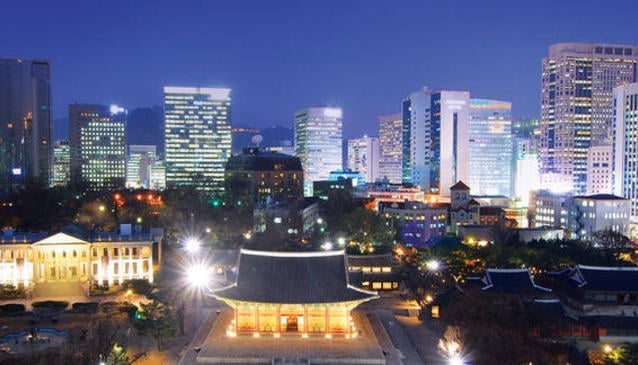 In spring you can see beautiful spring cherry blossoms here and in fall, the gingo trees cover the palace in all shades of yellow and orange with its leaves. Couples come her to stroll around and enjoy the peaceful and unique surroundings.

For sheer ease of access, you can't beat Deoksugung Palace, located right next to City Hall in the heart of modern downtown Seoul. At 6pm, amid the bell sound from its neighboring Angelican church of Korea, the palace becomes even more graceful. It was the main palace during the Daehanjeguk period of late Joseon Dynasty. After the Japanese Invasion of Korea burnt down all the other palaces in Seoul, the king took over the then residence of a crown prince to stay. The next king, Gwanghaegun, promoted it to a status of palace naming it Gyungwungung in 1611. Later, the palace was renamed to Deoksugung and is now famous for its elegant stone-wall road and beautiful natural surroundings.