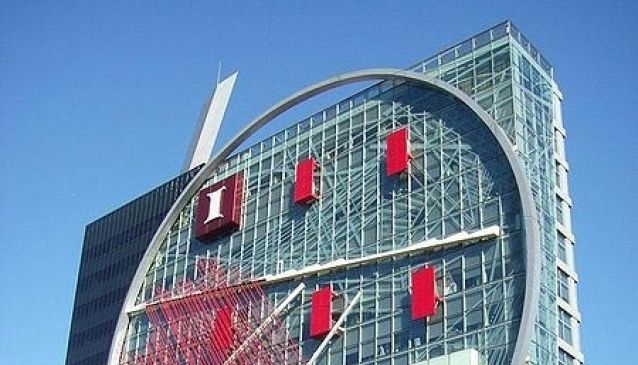 The Hyundai One Tower, located opposite Coex Mall is a modern landmark in Gangnam, representing the circle of nature and technology.

The former headquarters for Hyundai's development arm was given its bold facade by Daniel Liebskind, who worked with the local firm: Himma Architecture Studio.

Also named the 'Tangent', this 62m diameter aluminium ring 'hovering' on the glass, curtain wall is, according to Liebskind intended to represent the circle of nature. At the same time, the diagonal vector, cutting through the side of the structure, symbolizes technology and serves as a material link between the building and the public plaza below.

The balance that Liebskind believes should be struck between the two - nature and macine - is the point here.