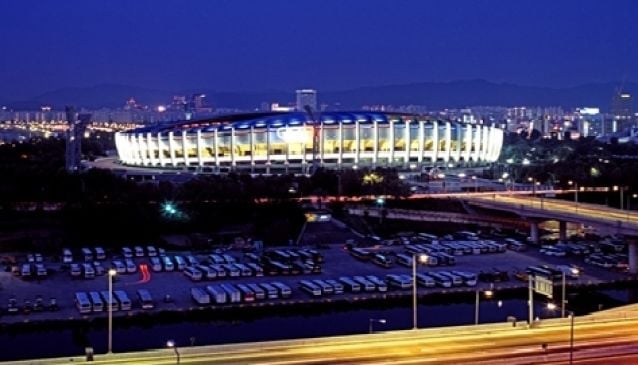 Located in Jamsil-dong, just south of the Han River, Jamsil Sports Complex dates back to 1976. This is a gigantic complex, also called Seoul Sports Complex. It's conveniently and easily accessible to the public with its own subway station.

The complex is home to Jamsil Baseball Stadium, which is one of the biggest sports venues in the country and the only one called home by two KBO (Korea Baseball Organization) teams; The 'Doosan Bears' and 'LG Twins'.

The Olympic Park is located only a few miles from the Sports Complex. Seoul Olympic Stadium has hosted some of the biggest global sporting events including the 10th Asian Games and the 24th Seoul Olympics as well as global concerts like Ultra Music Festival Korea.

Every year, it attracts millions of visitors due to its various sporting events and world-renowned artists come here to hold concerts and perform for their fans.