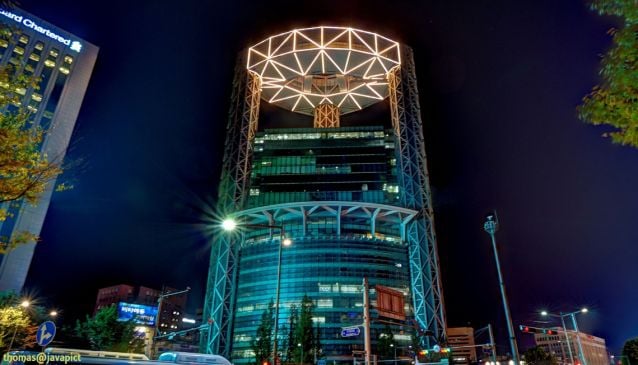 This post industial landmark located in Jongno, downtown Seoul is one of the modern constructions of this city.

Clad in glass and latticed metal, it has a futuristic feel and, it's nestled between old and new, close to the cobble-stoned streets of arty Insadong and the high-rises of financial zone Myengdong.

The New York based firm Rafael Viñoly Architects inherited a pre-existing frame when it won the contest held in 1994 to redesign and finish the structure, which opened as a mixed-use building in 1999.

Head up to the Top Cloud bar and grill on the 33rd floor and enjoy the fabulous views of the city through floor to ceiling windows.

Lydian plastic surgery is a boutique clinic, with only one specialist, Doctor Kyung Chun An. He is widely regarded as one of the top liposculpture doctors globally.