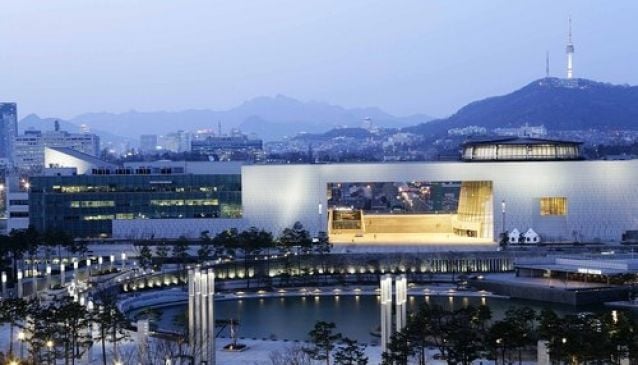 It used to be located in Gyeongbokgung but was moved in 2005 to a huge building just north of the Han river. Anyone interested in Korean history, should visit this mueseum, housing over eleven thousand artefacts from the museum's collection, including an incredible 94 official National Treasures.

The museum also holds a children's museum, a food court and café and the wide green area around the museum also has some pleasent walking paths and a lake great for picnics.

The National Museum of Korea is best accessed from Ichon subway, take exit 2, then walk up the main road for 100m and the museum will be on your left.