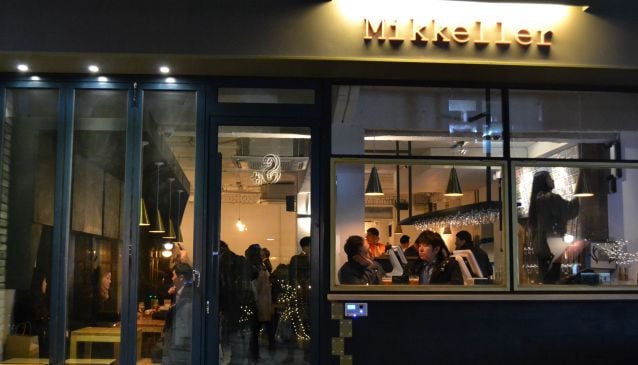 In a country where the craft beer scene is picking up quickly yet diversity of beer styles hard to come by, Mikkeller Bar Seoul is a sigh of relief for many. All beers poured at the bar is strictly cold chained from the breweries to the bar ensuring the freshest quality, even for beers from the other side of the world.

Mikkeller Bar Seoul is run by Sunghoo Yang and Heeyoon Kim. The two went on a craft beer trip to the US for their honeymoon and fell in love with a bar in San Francisco. After a year and a half, they finally realized their dream of opening one in Seoul.

Once a Korean Medicine Doctor, Heeyoon has designed 9 other bars in Korea. She has worked with Mikkeller's Keith Shore to adopt the organic look and feel of Viktoriagade while adding a layer of Korean elements.

Mikkeller Bar Seoul offers 30 different beers on tap from Mikkeller and other selected breweries around the world.  There is also a diverse array of menu items that back up the rich tastes of their beer.