The dear leader demands you try three meals and a beer!

In the trendy Hongdae university neighborhood of Seoul, Koreans and tourists alike are getting a rare first hand glimpse into the world’s most secretive country, and the cuisine it has to offer. Decorated with North Korean propaganda posters on the inside and North Korean style posters of smiley citizens on the outside, you might be forgiven for thinking you have slipped through some crack in space straight into the capital of North Korea, Pyongyang. Pyongyang also happens to also be the name of this controversial pub.

The menu offers a wide variety of delicious traditional inspired North Korean dishes and drinks. The beer looks like it was freshly delivered from the government owned brewery, the name written in typical North Korean stylistic format. The beer is crisp and fresh, just like the North Korean winter air. Staying true to the evolution of the North Korean diet, the menu includes a host of vegetarian meals, which is common in North Korea. These scrumptious meals include; Korean sweetcorn pancakes (pancake also made with corn starch), mushroom stir-fry and cold buckwheat noodles. The menu does not neglect meat lovers and offers meat yummy dishes like: pork sausages with sticky rice, octopus sashimi, beef tripe hot pot and many more.

As an added courtesy to make the whole experience more authentic, Pyeongyang Pub offers patrons the opportunity to wear the traditional North Korean dress, Hanbok, absolutely free while dining. For once visitors can agree with some of the Pyongyang restaurant’s propaganda slogans like: “Lets revolutionize side dishes.” and “More drinks for comrades.” Customers can also take some photos of authentic North Korean products that the pub has on display.

Pyongyang is open every day from 5pm to 3 am and on weekends it is advisable to book a table before going. 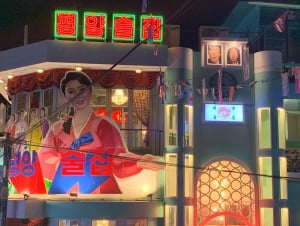 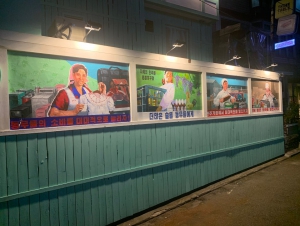 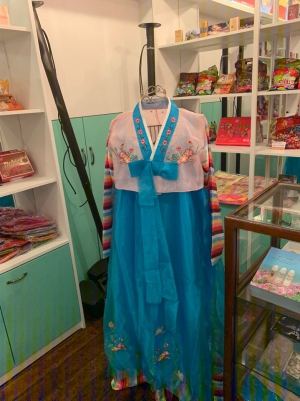 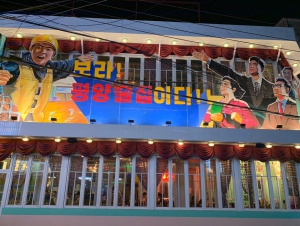 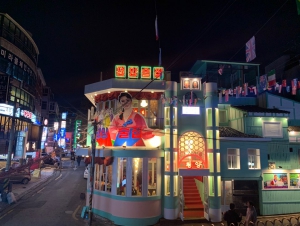 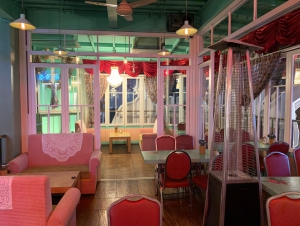 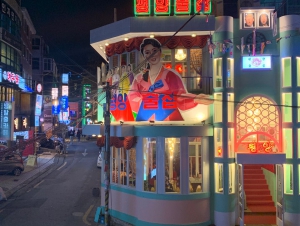 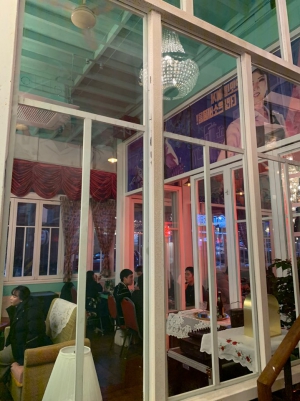 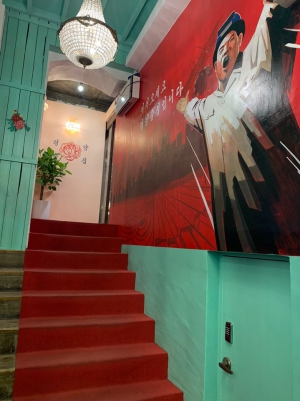 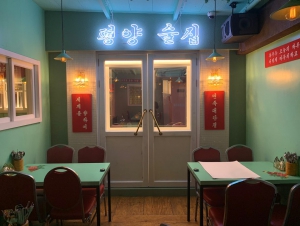 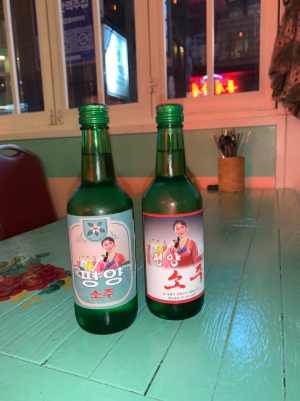 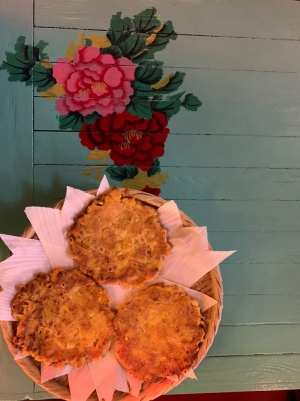 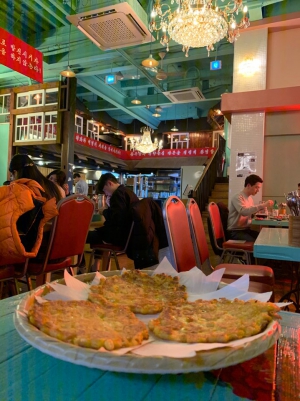 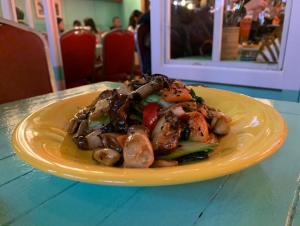 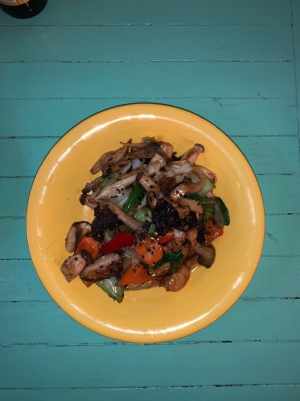 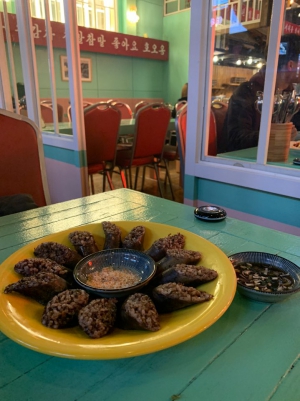 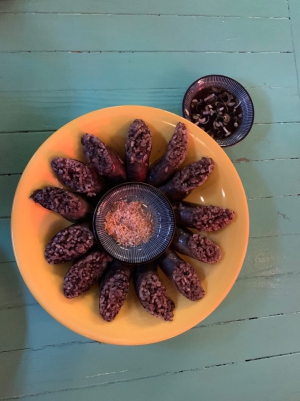 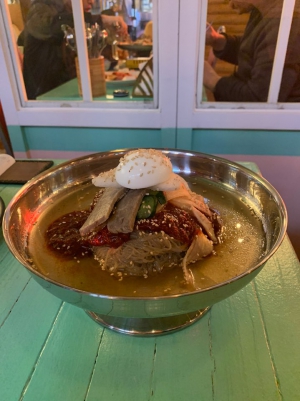 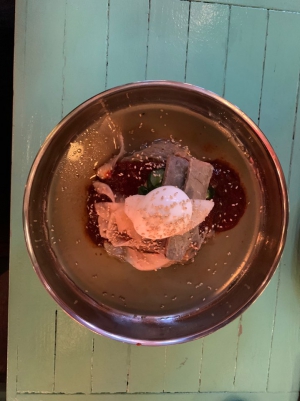 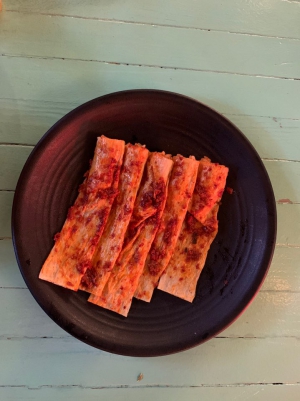 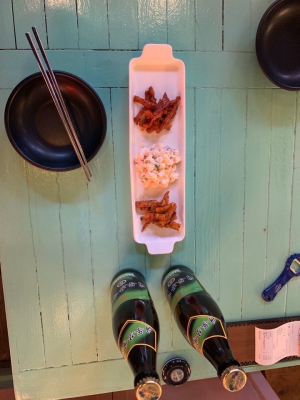 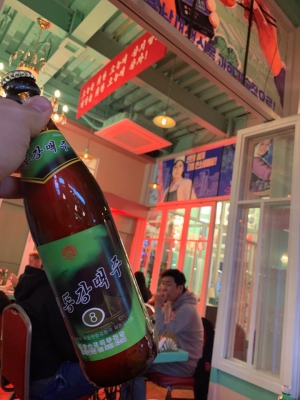 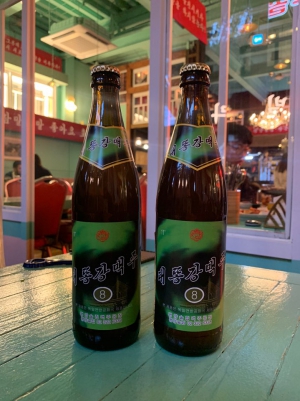 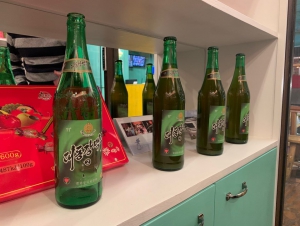 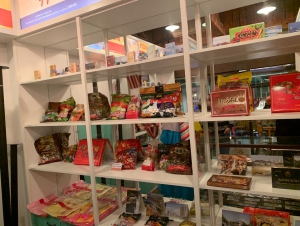 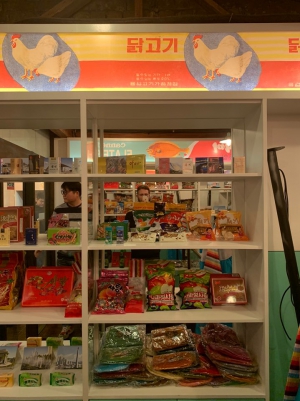