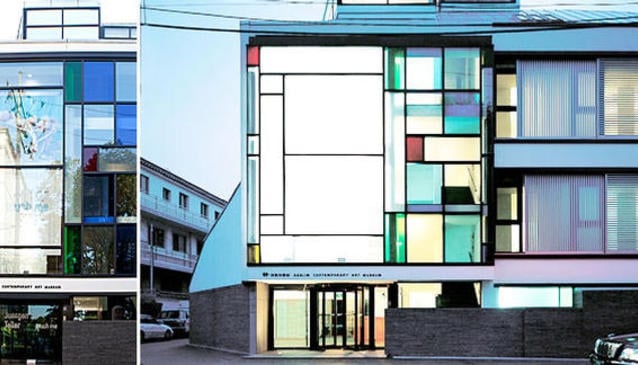 Daelim Contemporary Art Museum, located in the heart of Seoul takes an in-depth approach to Korean and international contemporary art. Designed by French architect Vincent Cornu and opened to the public in late May 2002.

The museum’s façade attracts visitors with its stained glass, modeled after Korean traditional textile patterns (bojagi). The veranda on the second and third floors that faces the building’s interior garden serves as a beautiful resting place.The museum is located in a tranquil area of Tongui-dong, in City Hall, near Gyeongbokgung Palace. The building that houses Daelim Contemporary Art Museum was originally an old family house, built in 1967.


Daelim Museum is closed every Monday and some Korean holidays like Lunar New Year’s Day and Chuseok holiday.