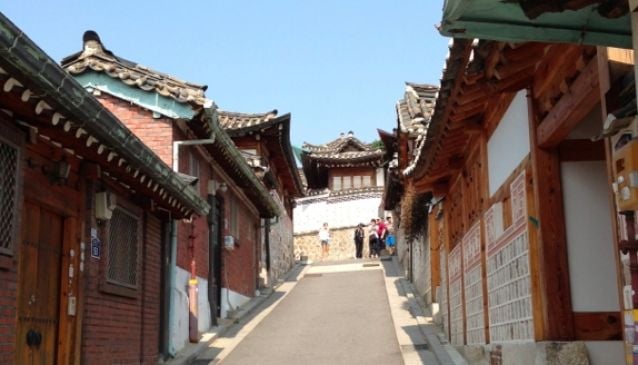 Things To Do For FREE Landmarks Outdoor and Adventure Neighborhoods

Bukchon Hanok Village is a traditional Hanok housing area located close to Anguk Station, near Samcheongdong in the northern part of central Seoul.

It is characterized by the prevalence of traditional wooden Hanok buildings - these once covered the whole country, but most were torn down during Korea's economic revolution and replaced with row upon row of fifteen-storey apartment blocks.

However, the city council spared certain parts of this area the wrecking ball, partially from respect due to its proximity to the presidential abode and partially because of protest movements led by Bukchon locals. As a result, there's now some pleasant, cultural walking to be done in this area, among quiet, hilly lanes where tiny restaurants, tearooms and comic book shops line the streets snd children play games on mini arcade machines.

A few buildings have been converted into guesthouses. Th local authorities have produced an excellent booklet to the area, pick it up from one of the nearby tourist booths (you will find them along the way from Anguk subway station).