These generalizations of Gangnam and Gangbuk are personal, and should be treated as a rough guide

A typical conversation between Seoulites on any given occasion centres on which side of the river they’re on; Gangnam or Gangbuk. The Han River flows directly through Seoul, much like the river Thames in London, and divides the city into two main areas, the aforementioned Gangnam and Gangbuk. The divergence between these two areas is easy to see, and so becomes, in our opinion, a matter of old vs. new.

The three kilometers that surrounds the City Hall and Gwanghwamun Gate, north of the river, have seen less infiltration by Western and Postmodern influences. By and large, the hilly neighbourhoods here have retained an ‘old city’ charm and seem almost to be frozen in time. Bukchon Hanok Village near Samcheongdong is the most popular of these neighbourhoods and a favoured location for shooting television dramas. In addition, you’ll find all the traditional Seoul shopping streets and outdoor markets north of the river which really lend themselves to the old city charm. 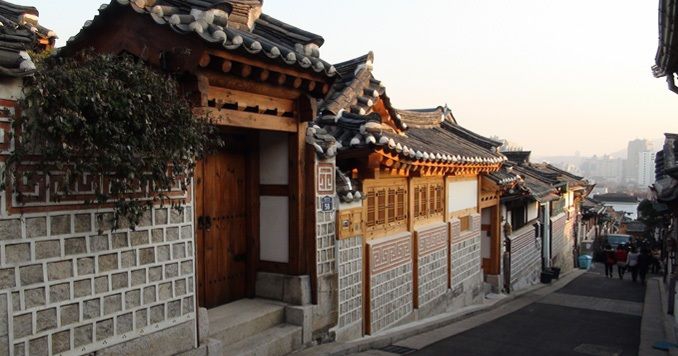 The Gangbuk area is also home to five palaces within close proximity to each other, which adds a tangible sense of Seoul culture and history. Even Seoulites living in Gangbuk seem more down to earth and embracing of the traditional Seoul. Outdoor stalls are common here, and often you’ll see venders pushing their merchandise around the street on carts.

This stands in stark contrast to the vibrant concrete jungle of the newer southern landscape of Seoul, stretching chiefly from Gangnam Station to Samsung Station. The area is dominated by high rise residences, commercial buildings, trendy nightlife and the more upmarket Seoul restaurants. As late as the 1970s this part of Seoul was mostly fields, but has since become the most densely populated area of the city, packed with neon lights and skyscrapers. Perhaps one of the strongest symbols of modern Seoul is Teheran Street, a broad ten-lane street cutting through Gangnam, and home to several major business groups and IT companies. On Teheran Street and those parallel you’ll find modern Seoul in all its splendor, with standard apartment complexes, local cafes, restaurants, bars, import cars lining the road, and trendy Seoulites on their smartphones walking their dog or drinking ice Americano. You’ll encounter a lot of company employees in Gangnam, but also a high number of students cramming for exams, particularly in the Gangnam Station Area. This is Seoul at its very busiest, and right on the cutting edge. The main street is lined with digital media poles; Samsung Electronics has its headquarters and showroom here, and the subway station is as futuristic as they come. There are always promotional events happening here, and you’ll rarely see more impressive neon signs. 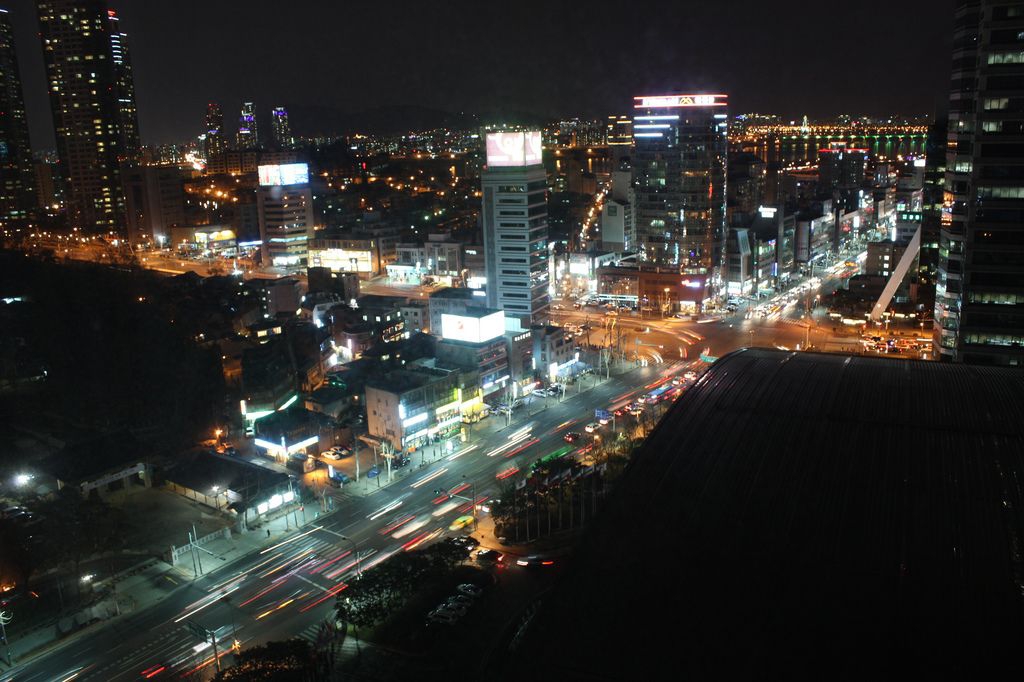 That’s not to say north of the river doesn’t have its share of bustling streets, such as Myeongdong, nor the south its tranquil spots such as Samneung Park. These generalizations of Gangnam and Gangbuk are personal observations, and should be treated as a rough guide. Head north to see Korean hanok houses, Seoul museums, royal palaces, and traditional markets and shopping streets. Go south to see digital cityscapes, high rise buildings, the latest trends, upscale shopping, and a fusion of western and Asian influences.