Get a Miltop bingsu to go and take it to the rooftop garden, the view is fantastic

By Camille Park for My Guide Seoul

Stay cool in summer with Seoul's favorite dessert - the renowned Patbingsu (Adjuki-bean ice dessert). Camille Park,ÃÂ a local Seoulite, urban fashionista and director of the Bangkok based brand wwa SeoulÃÂ givesÃÂ us the inside scoop of some of the best Patbingsu places in Seoul...

If you're not familiar with this shaved-ice dessert, only eaten in summer, all-time favorite among Koreans, it's made of grinding ice with boiled red beans, sticky rice cake and syrup, sounds delicious right?! If you haven't tried it yet, there's still time - Summer in Seoul is not over just yet!

Coffeest is one of Camille's favorite cafÃÂ©s in Seoul because they roast their own coffee beans and as you can imagine... this place is always filled with a wonderful aroma.

Coffeest serve Patbingsu as a seasonal item on their menu in summer. Most cafÃÂ©s in Seoul use an automatic machine to grind ice, but Coffeest only use a hand-operated one for the ice.

One of the quirky but unfamiliar cool things about this place, is that sometimes they may be out of red beans and ttuk (rice cake), meaning you canÃ¢ÂÂt order the patbingsu (youÃ¢ÂÂll just have to try your luck). Every day, they make moderate amounts of red bean and ttuk - all homemade and when itÃ¢ÂÂs outÃ¢ÂÂ¦well itÃ¢ÂÂs out!

Coffeest is not only known for their patbingsu, which may or may not be available (usually is) but theyÃ¢ÂÂre also famous for brewing good coffee. Try the Ã¢ÂÂVienna coffeeÃ¢ÂÂ after sharing a patbingsu with your friends.

Located in Sinmunno near by Gwanghwamun and City Hall, a visit to Cofeest is also the perfect opportunity to take a rest in a tranquil area away from the hustle and bustle. If youÃ¢ÂÂre into art galleries, visit Sungkok Art Museum, just opposite side of Coffeest. 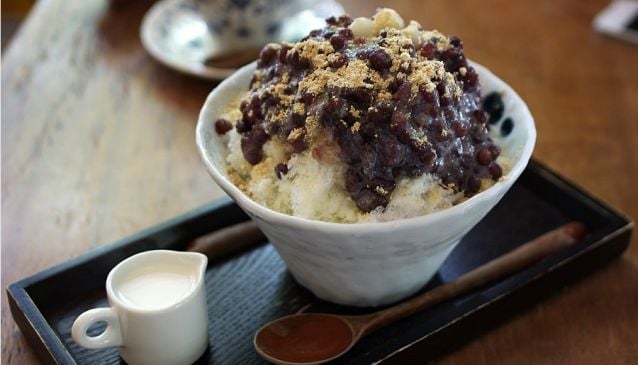 The significant thing about Hap CafÃÂ©, is that they only have one bingsu on the menu; the Citrus Bingsu. ItÃ¢ÂÂs got a wonderful refreshing taste of lemons, homemade with milk.

The cafÃÂ© interior is set up in an old vintage style, decorated with old sewing machines and brassware. Their plaiting is very traditional and unique. Definitely worth a visit!

Although the bingsu here is the most popular item, we strongly recommend tasting their other desserts as well, like the Ã¢ÂÂInjeolmiÃ¢ÂÂ (Korean traditional rice cake) made from the glutinous rice and coated with bean flour, if you can get yourself to open the pretty packaging which is so aesthetic Ã¢ÂÂ it's almost a shame to unwrap and eat! 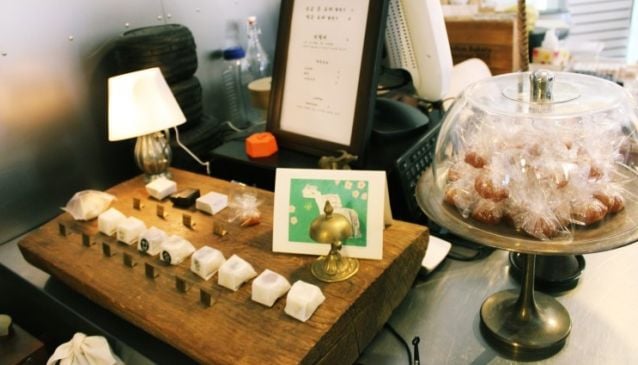 Miltop Bingsu is probably the most famous Bingsu cafÃÂ© in Seoul. It has been in business since 1985, located inside the main branch ofÃÂ Hyundai Department StoreÃÂ in Apgujeong.

In summer, there might be more than 100 people on the waiting list to get in. If you get Bingsu to-go, the wait is shorter and hereÃ¢ÂÂs a local tip; get a Miltop bingsu to-go and take it to rooftop garden (6F of the building) - the view is fantastic!

You can find a few Miltop branches in other Hyundai Department Stores, but people say the main branch is the best - go see for yourself.

The most popular bingsu on the menu is Miltop Mlik Bingsu, which is made with frozen milk instead of ice. The Green Tea Bingsu is also a popular item on the menu here and if you donÃ¢ÂÂt fancy cold desserts, Patjuk (Hot red bean soup) is good alternative. 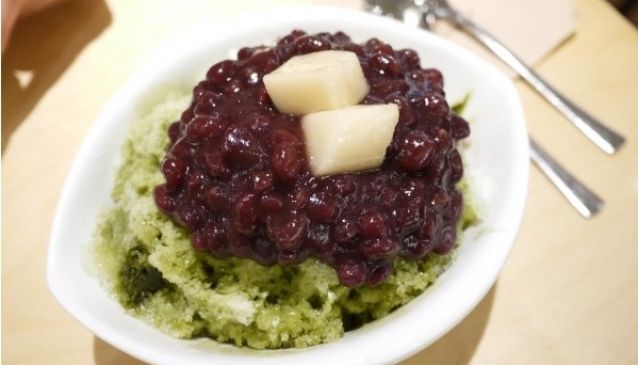 Okrumong is another bingsu spot in Seoul, located in Hongdae near the Juchajang (parking area).

This place only just launched last year but it has already made a name for itself as a good patbingsu cafÃÂ© in Seoul.

At Okrumong, theyÃ¢ÂÂre committed to boiling Adjuki-bean in a traditional caldron for several hours. You can see how they make it through the window in the cafe.

The sticky rice cake you normally find on top of every bingsu dessert, is also homemade and it is less sweet than other patbingsus. Finally, Okrumong also scoop the bingsu in a frozen brass-ware, to keep it cool before serving.

If cold desserts are not your thing, you can still try the special Adjuki beans - come here in winter and try the hot red bean soup. 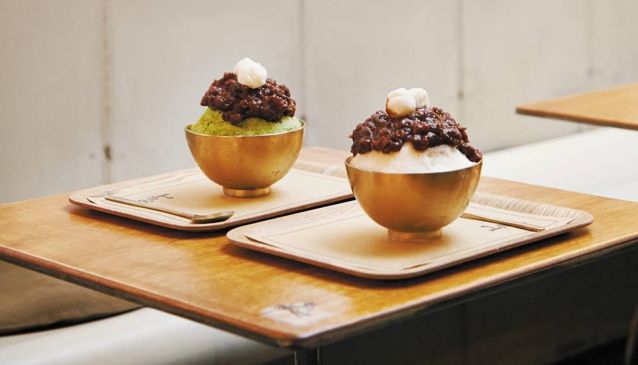 Bing Bing Bing is one of the few bingsu cafÃÂ©s in Seoul serving bingsu all year long and they constantly renew and update their menus on a monthly basis.

Bing Bing Bing opened their first branch in Hongdae and soon after, they launched their second branch in Cheongdam last March.

One of the cool features of this place is their secret partnership with Grandmother Gom, owner of a famous Korean restaurant in Hongdae and also the Godmother of red beans.

All the bingsuÃ¢ÂÂs here are made with organic sugar to reduce calories. Try the Yogurt Bingsu topped with homemade blueberry jam and yogurt - also homemade. Bing Bing Bing is one of the only places in Seoul serving yoghurt patbingsu.

The monthly menu in August is Watermelon Bingsu. All bingsus are also available to-go. 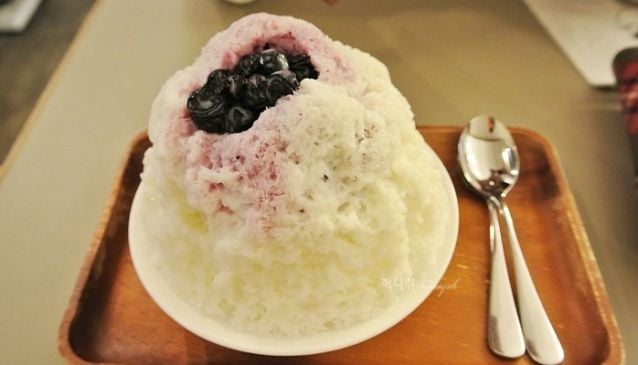